We live in an ever changing world but hot on the heels of “Brexit” have we just experienced “Mindjexit” with the Corel Mindjet MindManager Acquisition?

The tectonic plates have shifted again! There has been an Earth shattering announcement this week and if you are a dedicated follower of all things Mindjet/MindManager you will already know that the worlds leading mapping software has been acquired by the Corel Corporation. Corel of course are famous for their graphics software, CorelDraw, as well as many other graphic and video based applications and that blast from the past, WordPerfect, now offered as a lite office suite.

As a Mindjet partner and business associate for more than 16 years, I had suspected that something was “in the wind” when the MindManager and Spigit products were separated into two distinct business divisions. This event from April last year signaled to me that there could be a desire or need to position one of them for sale and separating the two enabled a clear understanding of the financials for each. In my mind, I suspected that Mindjet would do this to position Spigit for the sale. However, what has actually transpired is that Spigit has sold the Mindjet/MindManager brands and business to Corel for an “undisclosed sum”.

Why This Is Exciting

This is fantastic news to me and I am sure there will be many other Mindjet Partners that will feel the same. I can honestly say I am genuinely excited and optimistic about the possible opportunities this new ownership could bring to the brand and the partners who have maintained a loyal support for Mindjet, MindManager and its user-base for many years. This acquisition will increase the MindManager user-base and open up Business Mapping to a new market that may be yet to discover the competitive advantage and benefits this awesome software enables. 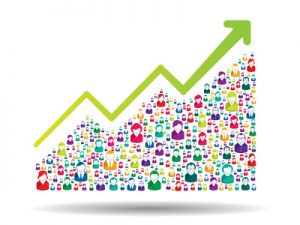 In the past few years, my experience has led me to conclude that MindManager suffered heavily when Mindjet acquired the Spigit solution back in September 2013. It seemed to me, and others, that Mindjet had lost their way and were struggling to find new opportunities and innovation in the MindManager space and as a result had decided it was time to find new products/solutions to secure company longevity. As the ink dried on the Spigit deal, the focus within Mindjet appeared to shift almost entirely to this new baby leaving MindManager cold and hungry in the corner.

In the years that followed Olympic’s MindManager sales declined and user discontent seemed to grow with each passing month. Subsequent major MindManager releases were looked on by some users as more akin to service pack releases and marketing in the MindManager brand appeared almost non-existent. Innovation was the new kid on the block. Over time this neglect had taken its toll and MindManager was at risk of fading into the background, leaving the way clear for one of the many other mapping products to overtake it in terms of popularity. These observations were from my own real world experiences and discussions as a partner whose business focus is 100% MindManager. Thankfully, action was taken and now Mindjet MindManager has a new home and new parents to guide it into the future. 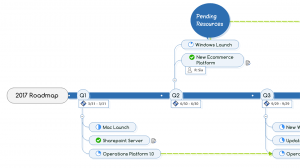 As I write this post today, MindManager has the opportunity to be released from its shackles. It can once again be free to lead the way in visual mapping software and set the benchmark by which all others will be tested. Team and product have found new blood from investors who claim to have already identified several areas they can take MindManager, expanding on the rebuilt growth the Mindjet team have worked hard and diligently to build in the last 6-9 months.

I think there is massive opportunity now for innovation, advancement and change. I am not expecting major product changes prior to MindManager 2018. As MindManager 2017 is just around the corner, Corel/Mindjet will not want to do anything that could delay that release, but beyond that we could see a marked difference in MindManager’s development starting Q1/Q2 of 2018.

As a dedicated Mindjet partner I can hand on heart say this change is as exciting as the Mindjet/Marketsoft merger of 2000 which propelled Mindjet/MindManager into the spotlight and set it on course to become the leading mapping software in the world. I am hopeful and optimistic that this latest chapter of the Mindjet/MindManager story will be as positive. This is an opportunity for change and if Corel/Mindjet are openly listening then the collective voices from Mindjet, partners and users can really create something special that will endure for many years to come.

As for Olympic, we will continue to develop add-ins and solutions for MindManager. We are looking forward to exploring more avenues as Corel invest in the product development and introduce new capability. We are already gearing up to update all our current add-ins for MindManager 2017 and we can now revisit some previously “parked” projects knowing there is a bright future ahead and our favorite mapping software is moving on to bigger and better things.

If you missed the PR release here are links to a few along with a link to an article from Chuck Frey’s interview with Corel CEO, Paul Nichols.